My past selves would not have given me enough credit to pull off the adventure I'm currently in the throws of. Most days I can't believe it myself. I stole this sentence form Anna Allen’s blog post, but I’m sure it came from my lips, too.*

On December 1, 2010 we moved into a house with walls painted the colour of lilacs, and a renovated kitchen. It was a kitchen girls only dream of, with granite countertops and a convection oven. I had a corporate job with rows of cubicles and a population in dress pants. I was in a long-term relationship with a truly wonderful guy and we were destined for a nuclear household. We had two dogs. Once I even tried on his sister’s wedding ring.

And then everything unraveled. I realized that not only could I have more than this conventional lifestyle, but that I wanted more. I needed more. He got quiet and plunged into his career and I got louder and ran to farmers markets and into wine. We were as horrible to one another to the same degree in which we had once loved. We threw words like knives and then, I moved out. 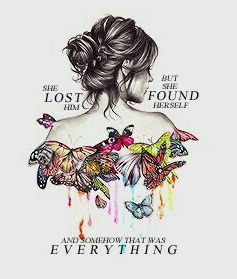 I took my broken self and my dog and moved in with my mom in Airdrie. I realized that people ended relationships all the time, but I’m fairly confident no one hurt as I had. I broke up with my best friend.

I was beginning again. I leaned heavily on my family and friends, particularly Carol. And slowly I cried less. I found running, my old friend, and I volunteered at the Library booth at the Farmers Market in Airdrie. And suddenly, I found myself living in Golden, BC drinking wine with nurse friends. I was single and I needed to never mention having to begin again. I fell in love with winter; x-country skiing and snowboarding every weekend. I had some fabulous evenings with a Carnivore who didn’t recycle and suddenly I was wooed oh-so deeply by a hippy who worked the Ski Hill. The snow melted and the hippy moved away and quickly I planned my Peruvian adventure. 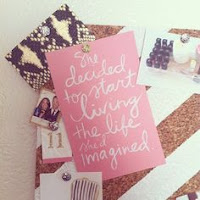 If ever a city was mine, it was Cuzco.  After eight glorious weeks of volunteering at Taracaya, an environmental conservation center in the Amazon Rain forest, I suddenly realized I was exactly where I was meant to be, in Cuzco, Peru. I met heaps of friends, including a Kiwi boy. The hardest decision was coming back to Canada.

Last night I was checking out flights to Bangkok. I’ll tour throughout Thailand to get to my next volunteering solo adventure. I’m also looking at doing HR work at a Pulp and Paper Mill in New Brunswick upon returning from Asia. I’ve always wanted to live on the East Coast, and perhaps with vacation boyfriend. Ever since visiting New Brunswick in September, my heart keeps whispering why not now?

You need to know that you are so much stronger than you’d ever like to talk about. You’re allowed to begin again, because you deserve nothing less than the world. There will so many different variations of him, and you need to find yourself before you'll ever find the right variation of him. It took changing my mind to realize that nothing can’t be undone. I you think that I'm reaching out to you by writing this, then I am and you want to begin again, too, you need to.


[It’s] the kind of happy you feel in your gut. And your heart.  - Anna Allen, Little Reminders of Love
Posted by Kirstin McNeil at 10:01 PM No comments:

The Social Medial has exploded in outrage towards the idea of roughly 25,000 Syrian refugees entering into Canada, specifically, those individuals coming to Alberta and British Columbia (I watch Global Calgary and listen to the Vanderhoof Radio on my way to work). I’ve never seen such consensus on one idea. Congratulations, Canada.

I’ve noticed all sorts of comments behind not letting them cross into our boarder. Some arguments are that that we have a substantial lack of housing, complaints have been made that we are providing more funding to them when we can hardly aid our homeless community; these refugees will be receiving Provincial and Extended Health Care, when we have to typically pay for our own through taxes and finally, that connections were made between a Syrian passport and the bombings in Paris (Calgary Eye Opener, 2015). 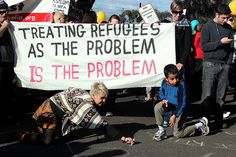 The Social Medial has exploded in outrage towards the idea of Syrian refugees coming into Alberta and British Columbia (Many Facebook Friends are located in these regions). I’ve never seen such consensus on one idea. Congratulations Canada, I’ve just lost faith in humanity and your justifications are petty.

We require refugees to have medical exams prior to coming into Canada. We provide loans up to $10,000 to cover the cost traveling oversees and these medical exams. We expect that they repay Canada and they eagerly want to do so (2015, Kane, Laura). We are also the only country to charge interest on this loan (The Canadian Press, 2015). I would think that knowing these medical exams exist help ensure these individuals are in sound health and our medical system take less hit.

Naheed Nenshi, Mayor of Calgary, who is soon to be expecting approximately 2,300 Syrian refugees to come into his city, pleads with Calgarians in that these people are terrified of those same individuals and experienced that same violence that occurred in Paris (2015, Kane). 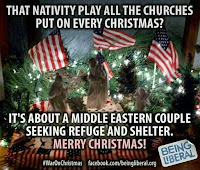 Also, I didn’t realize there was a housing shortage in Calgary or Alberta; perhaps it’s because I’ve been out of the housing market for so long. As for jobs, I’m confident, as the majority of the population won’t be comfortably fluent in English, they won’t be scoring those (lack of) oil and gas office jobs that everyone else is looking for.

Also, when was the last time we volunteered to help the homeless? I think the feeling that come to mind towards those of low socioeconomic status can be summed up in: “Get off welfare and get a real job”. So, why are we now using the homeless population as an excuse as to not aid others?
Let us remember that we are all immigrants. Canada isn’t exactly an old country, born on July 1, 1967, and we’re all from somewhere else, Finland and Scotland, are my roots. I remember talking to several other individuals from North America while volunteering in both Peru and Bolivia whispering to each other how lucky we were to be born in Canada, while seeing the lifestyles in these developing countries.  I was lucky and fortunate to be born here, not entitled or expected, it was nothing but a blessing. Who are we to turn away these helpless people? Who are we let these people get further hurt and damaged?

I’m not trying to lash out, but I’m presumably angry, sad and quite embarrassed about such backlash of allowing these traumatized human beings into Canada. I’m aware that my argument is full of holes large enough to swallow my Sunfire, but I suppose I just wanted to provide some food for thought and remind us that we are talking about human beings, here. These are real people with beating hearts and lively souls, not simply Syrian refugees.

Email ThisBlogThis!Share to TwitterShare to FacebookShare to Pinterest
Labels: Syrian Food for thought

I’ve just utilized my extra hour, sponsored by Daylight Saving time change, on the great online shopping debacle: three new sweaters for $50. Do I spend the money on clothing, or do I save it for traveling? This is a common theme in my life. Materialistic items made in China or hippy bag to be purchased while visiting Asia. New running clothes for funzies or necessary clothing for global hiking. Flight to Kelowna or flight to Laos. Pumpkin Spiced Latte or market beverage across the world?  Enjoying present situation or saving future fun? 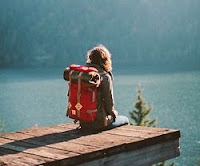 My sister and her fiancé tease me on a regular occurrence on how frugal I am with my money.  I prefer the term careful, but Justin calls me cheap. Let’s just be clear, I was never so happy as I was traveling on that stinky bus through the Colca canyon in Peru. I want to save everything I can so I can go on another, longer adventure.

I do love my small town life; last night Megan, Justin, Natalie and I went on the Pumpkin Walk, where we followed the hundreds of greatly carved pumpkins and ogled over the kids’ costumes finishing the night off by gorging on mushroom chow main. I can’t wait for another season of x-country skiing and yoga. Did I mention that I basically have my own yoga studio in lieu of a dining room table?! This is the problem. I am very happy about my current situation. I’m worried I will lose myself in this small town lifestyle, and I will in fact buy that new Mazda. I’m terrified that I will wake up one day in a log house with a mortgage of my own. Sometimes I want beautiful vases and delicate trinkets. At times I have to remind myself, when I watch Natalie pile dive into Megan, that I don’t want this lifestyle, that I will ultimately be unhappy with a nuclear family and that white fence.

I crave global hiking, new towns and volunteer adventures. I dream in the colour of foreign languages. I want to go solo hiking and get lost to find myself. But sometimes I desire sweaters and half marathons, weekly yoga and routine girls’ night and that damn fence.

I know there are other people who have this same dilemma, but they aren’t really in my current circle of friends in my small town lifestyle, so it’s terribly hard to find people who I can relate to my first world problems. I’ve compromised allot in my lifestyle in order to travel, but I’m not sure if this particular hardship is really a financial issue or perhaps I’m feeling out of place. I’m in the prime child bearing age. I had this revelation the other day that people at my age should be having children; they should be laying out their five-year plan. I don’t have a strategized life plan. My plan is to save money for my next adventure and for the first time since ending my long-term relationship, I feel lost. 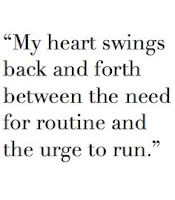 Sometimes it really is hard to go up against the stream. I would just love to discuss this struggle this with a redhead over a non-franchise coffee where we can discuss the fear of caving into society’s expectations but the need to live out of a backpack for six months, phone-less and alone. I guess what I’m saying is that on days like these, I need more than support, I need insight and advice.

My mind wants routs but my heart wants wings. I cannot bear the bickering.

Posted by Kirstin McNeil at 7:59 AM No comments:

Email ThisBlogThis!Share to TwitterShare to FacebookShare to Pinterest
Labels: I am. I am. I am
Newer Posts Older Posts Home
Subscribe to: Posts (Atom)